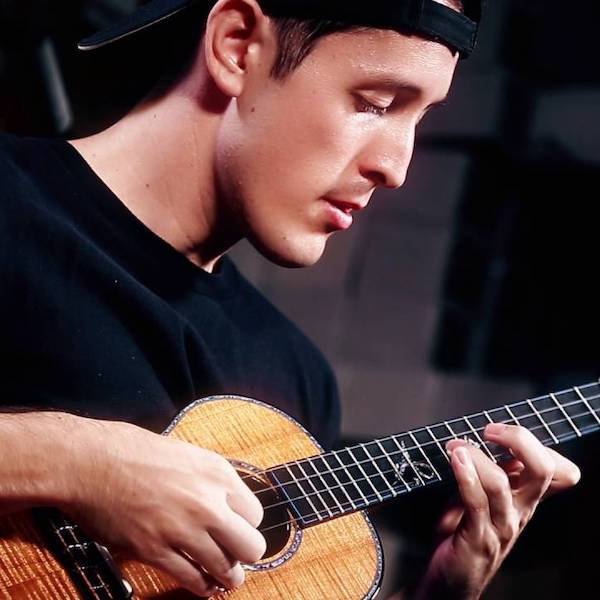 Andrew Molina lives in Maui, Hawaii and began playing the ukulele when he was 13 years old. Inspired by his mentor and good friend Jake Shimabukuro, Andrew put all of his time and effort into his ukulele, practicing tirelessly for hours on end.

Andrew released his first CD entitled “The Beginning” in 2013 on which he composed 8 of the 11 songs. His CD was a finalist for “Ukulele Album of the Year” in the 2014 “Na Hoku Hanohano" awards (Hawaii’s version of the Grammy's). His love and passion for this simple but unique instrument really shows in his playing and songwriting skills.

Now 23, He is one of the up and coming crop of talented young ukulele virtuosos, and is always trying to find a way to take the ukulele to the next level. His music can be described as a mix of Hawaiian, pop, rock and a little bit of jazz. Several of his original compositions were recently selected for a promotional video for Ocean Vodka and Hawaiian Airlines, and his original song “E Ho’i Ke Aloha” was selected for an upcoming movie soundtrack.

Andrew is planning to record his second CD in 2016 and is already working on songs for the album. His goal is to perform outside of Hawaii and to share his music with people everywhere and to show them how versatile and “cool” this humble little instrument can be and the different genres and styles of music that the ukulele can be used in.