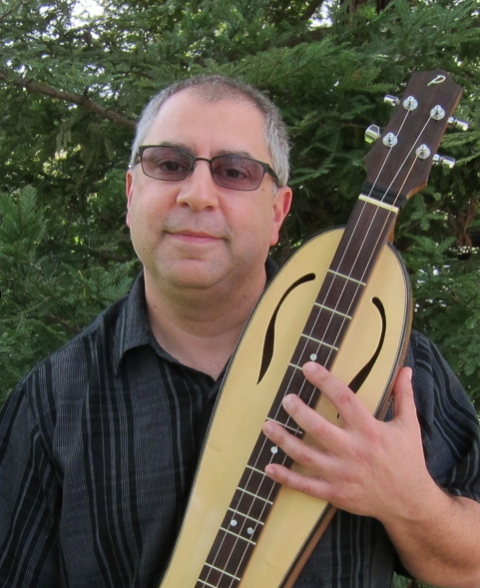 Styles Include: Folk, Celtic, Blues, Country, Pop, and more depending on your instrument and interest.

Bio
A long-time guitarist and occasional mandolin player, Dusty discovered the dulcimer  several years ago and has been obsessed ever since, entranced by the simple beauty of the instrument’s design and sound. He founded River City Dulcimers, a group of musical friends that meets monthly in Sacramento and serves as a Moderator at the popular website Friends of the Mountain Dulcimer. Dusty has been a regular at music events around Northern California, teaching workshops at the Berkeley Dulcimer Gathering and Redwood Dulcimer Day and has performed at events such as Petaluma’s Art in the Park festival and Old Sacramento’s Gold Rush Days. In 2019 Dusty published his first book of dulcimer tablature, Lullabies from Around the World Arranged for the Beginning Mountain Dulcimer, and is in the process of completing a second book for intermediate-level players of melodies from the British Isles dating from 1500 to 1800. In his compositions, arrangements, and lessons, Dusty combines a respect for traditional sounds with a modern, blues-influenced sensibility.