The Strum Shop is a family owned full service, musical instrument store opened by Daniel Elliott Jr and Stu Herreid in May of 2012. Daniel had already been working on a business plan to open his own music store, while Stu was looking for a new meeting place for the rapidly growing ukulele club he had founded a few years earlier. They decided to join forces and the concept for The Strum Shop was born.

The Strum Shop strives to 'inspire musicianship, equip musicians and enrich the community through music.' "We don’t want to just sell stuff," says Elliott, "we want to create a space for music enthusiasts to come together and pursue their passion of music making."

The concept proved to be a hit, and in just four short years, The Strum Shop had outgrown its facility. So, in 2016 they moved to their current location in beautiful Historic Downtown Roseville. This move enabled The Strum Shop to offer a number of improvements including a permanent auditorium with comfortable seating for classes, concerts and other events, seven private lesson studios, a full service instrument repair shop, more storage for rental instruments and online sales inventory, and finally, a whole lot more room for their new and used instruments and accessories!

Sadly, Stu Herreid passed away in September, 2016 just after the move to Vernon Street, however his contagious joy continues to inspire those who were fortunate to know him. His legacy lives on through the Strum Shop community. “Stu was my friend and I miss him,” says Elliott, “but God called him home to become the Patron Saint of Strummers.”
The Strum Shop was selected as a Top 100 Dealer in 2016 by the National Association of Music Merchants (NAMM), the global association of music products and music retailers. 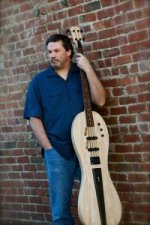 Daniel Elliott
Owner, Manager
Daniel is a lifelong musician and self-proclaimed music gear fanatic. He started piano as a young child then switched to the trombone in the 4th grade and played all the way through high school. Along the way he taught himself to play guitar, dabbled with harmonica, the penny whistle, the triangle and even the didgeridoo. Eventually, he settled on the bass guitar as his main instrument. He also developed a reputation as a sought-after live sound and recording engineer, toured professionally and became heavily involved in concert promotion. Daniel spent nearly two decades working as a marketing and product development consultant with a variety of companies including Ashdown Amplifiers, BBE Sound, Wedgie Picks, Parkwood Guitars, Bass Gear Magazine and others.  He served 5 years as marketing and artist relations director for Gallien-Krueger. 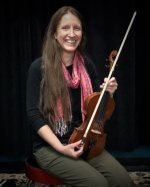 Molly Carlson
Assistant Manager
Molly is a breath of fresh air. Her smile and kind-hearted nature is a comfort to to all who visit The Strum Shop. She is a California State Old Time Fiddlers Association Champion from Tehachapi, California. She also plays the guitar, ukulele, mandolin and bagpipes. In addition to helping to manage the store, Molly teaches fiddle on Wednesdays, and leads a free all acoustic instruments jam every fourth Thursday at 6 pm. If you have not yet met Molly, you have a real treat waiting for you.  Come by and say hello! 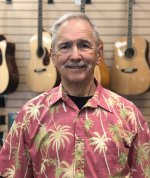 Dr. Dan Elliott Sr.
A Generally Helpful Fellow
Dr. Dan retired from his position as professor of education at Azusa Pacific University in 2010 and moved to Foresthill, CA with his wife, Betty.  In his retirement, he serves as pastor of senior adult ministries at Parkside Church of the Nazarene and teacher ministry courses for the Sacramento District Church of the Nazarene.  In his spare time, he provides guitar setup & restring services at The Strum Shop, offers encouraging words to those seeking to learn how to play a musical instrument and sometimes helps to lead some of the acoustic jams and clubs.

Ariel Elliott handles all social media and marketing activities for The Strum Shop.  In addition to being talented as a photographer, and graphic and web designer, she is also a gifted singer and ukulele player with an entertaining personality.  Ariel was raised by a family of musicians, briefly dabbled in bass guitar and piano, then finally settled on voice and ukulele. Having studied music since 2012 on her own as well as attending classes at Sierra College for both music and psychology, she went on to teach private ukulele lessons, she served as an instructor for The non-profit organization Ukes for Schools for several years, and also served as a certified instructor through the world renown early childhood music education program Music Together.

The Strum Fund
Ukes For Schools
Bass & Beyond